Republic Day Special Offer: Learn 3 skills for the price of 1! Get started!
skip to Main Content 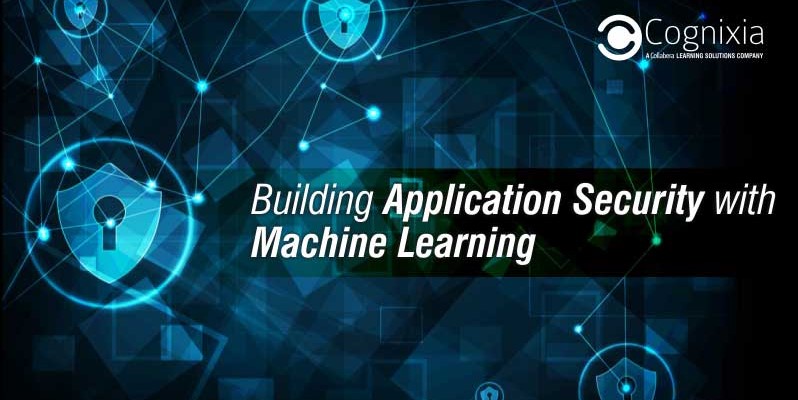 Machine learning may not be a magic wand that can fulfil all wishes for everyone, but it is undoubtedly the most promising avenues of cybersecurity.

When Henry Ford came up with the concept of assembly lines, it changed the way the entire manufacturing industry functioned, forever. In terms of the speed of delivery, it is believed that the world of cybersecurity is at a similar cusp, where technologies like machine learning and artificial intelligence are changing the face of cybersecurity in unimaginable ways.

Managing application security is becoming more and more difficult with time, as technologies evolve and the complexity goes up. An organization’s software assets are spreading across different verticals – web applications, APIs, microservices, serverless, etc. As this happens, the assets become increasingly vulnerable to breaches and attacks.

These vulnerabilities give cyber-attackers an opportunity to compromise an organization’s sensitive data, gain unauthorized access to the organization’s systems, steal valuable credentials, send out malware to individuals, etc.

A recent IBM security study discovered that on an average a data breach costs about $8 million to US organizations, not counting the losses incurred due to the damage to the brand and the dent in the trust the customer has in the brand.

As the amount of data generated in the world increases every second, human security analysts can no longer function in isolation without additional help. This additional help comes from the machines. Today, machines learning and artificial intelligence are commonly used in cybersecurity for a range of functions, such as –

Pattern Recognition
Recognizing spams and phishing emails from the email content or the information about the sender, recognizing malware, etc.

Misuse Detection
Detecting misuse or malicious behavior can be analysed and recognized, and processed accordingly.

Machine learning can produce results that hardly any human can despite putting in years of effort; especially since machines have their own unique ways of looking at and analysing data. Machines are able to see the ‘bigger picture’, which is often even bigger than what humans can see and foresee. It is the machines that could detect patterns or anomalies from data captured years ago, or from data that is way beyond the scale at which normal human beings operate. ML models can be trained effectively to handle the extremely large amounts of data that is involved in application security.

A recent joint study led by the University of Oxford reports that as hackers increasingly employ artificial intelligence in their attacks, there is expected to be an increase in the vulnerabilities, by replacing the human labor and introducing new vulnerabilities. 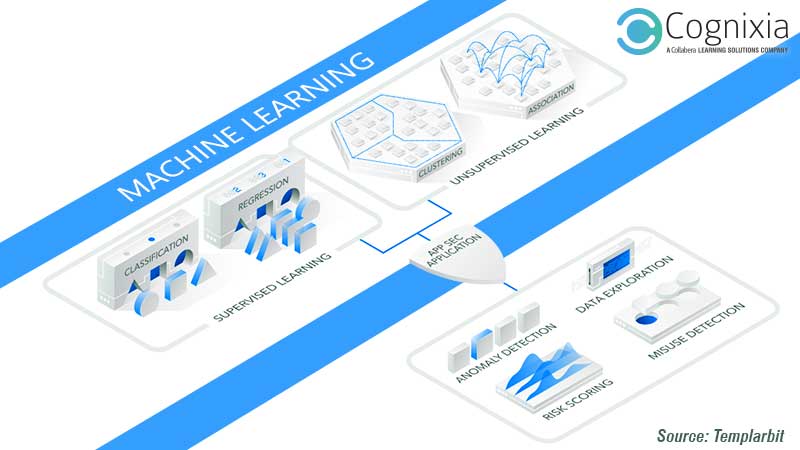 When it comes to cybersecurity, machines and man share a symbiotic relationship. Human expertise in cybersecurity and machine learning would be needed in working with the data, selecting algorithms and establishing the appropriate distance metric. Once the results for all these are obtained, human expertise is again essential to make the decisions. The most important thing to understand is that in order to make the most effective and efficient use of machine learning, one needs to have the right data and also the right skills to refine the machine learning algorithms. When one has that, an analysis that would ideally take about half a day to be completed manually, would wrap up in under half an hour when done by machines.

In such a scenario, e-learning and online training and certification can play a vital role. Cognixia is an e-learning and digital transformation incubator with training and certification opportunities in most of the emerging technologies, including IoT, Machine Learning & AI, and Big Data, disrupting the market. Reach out to us today for more information.