A look at your smartphone or a smartwatch your colleague is wearing would give you a fair idea of The Android Life. In Q2 of 2015 Android had a market share of 82.8% which makes it a forerunner against any other OS. The reason for this majority market share is the continuous and frequent development of this Google-owned platform. To cite an example the beginning of 2015 had Lollipop as Android’s latest version and come October the upgrade was made to Marshmallow 6.0. There is no doubt about the fact that these developments create new avenues for IT professionals, programmers, app developers, and engineers.

Each day brings in some development at one level or the other. The latest thing that is making the buzz is an Android Smartphone which is good for 10 to 15 days between charges. Developed by Quiktel, this is a device which addresses one of the major challenges of a smartphone.

The Android technology’s advancement is going to touch almost every aspect of our lives in the future. Smart cars, Drones and a watch that acts as a GPS device will become a household object. It is astonishing how this technology has changed the way we think, communicate, travel and even entertain ourselves. Android being an open source platform has a huge bucket of applications or Apps as we call them these days. The number is greater than one million, and the download number of these apps so far has been above a whopping 50 billion.

These are some statistics which tell us the present day scenario and also help us in making the informed assessment of what the future holds. Now let us talk from the industry perspective. A recent survey done in 2015 found that 40% of full-time developers consider Android as their priority target platform. There is another report that tells us that there are 1.4 Billion monthly Android users now.

Developers at Google and across the world work constantly to bring in new updates. One of the latest updates is that of Google Play Services 8.4 which has features like Custom Email App Invites, Fused Location Provider (FLP) etc. These developments are not only affecting our lives at household levels but also changing the way we do business. The industry is ready to embrace this change and so are we.

The graph from August 2015 gives a close view of the market share of Android in perspective to other Operating Systems. 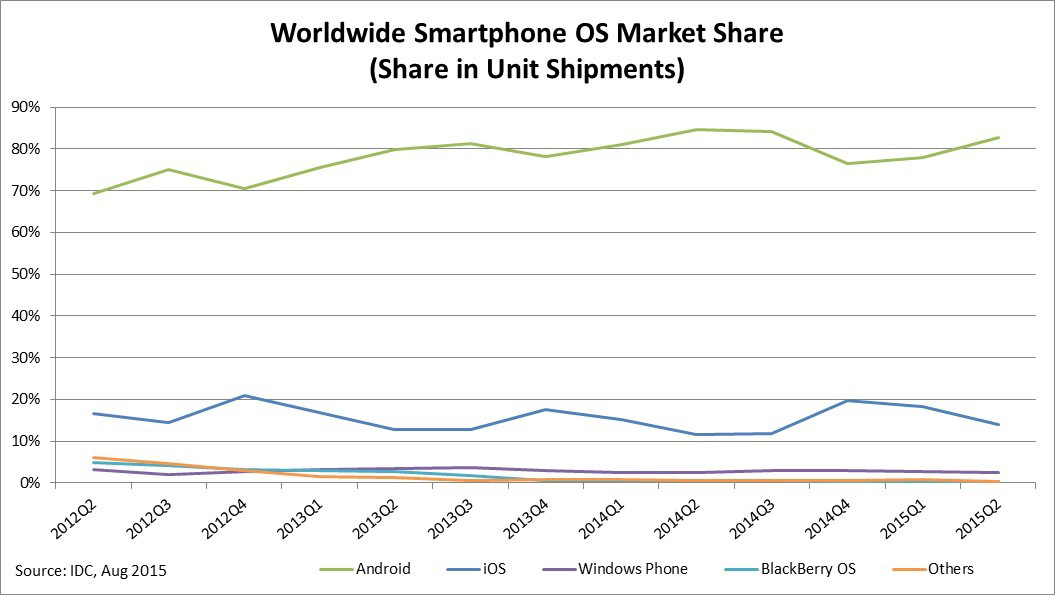 The users who subscribe to the Android platform are in search of new and exciting apps on a daily basis. This appetite can be satiated only when there is an uninterrupted flow of new applications. Figures suggest that the demand for professional developers and programmers is greater than the supply. There is a dearth in the market for developers who can create new applications for the over-enthusiastic Android user. This is a clear indication of how good the career prospects are for a person who decides on getting into the Android arena, be it as a programmer, web developer or an app developer.

Besides all the above information the moolah in the Android business makes it more appealing than ever. To give an example, surveys indicate that the average salary of an Android App Developer is approximately $100,000 per annum. This makes the whole idea even more lucrative. The image below has the data for the salaries of various levels of employees in the Android spectra – 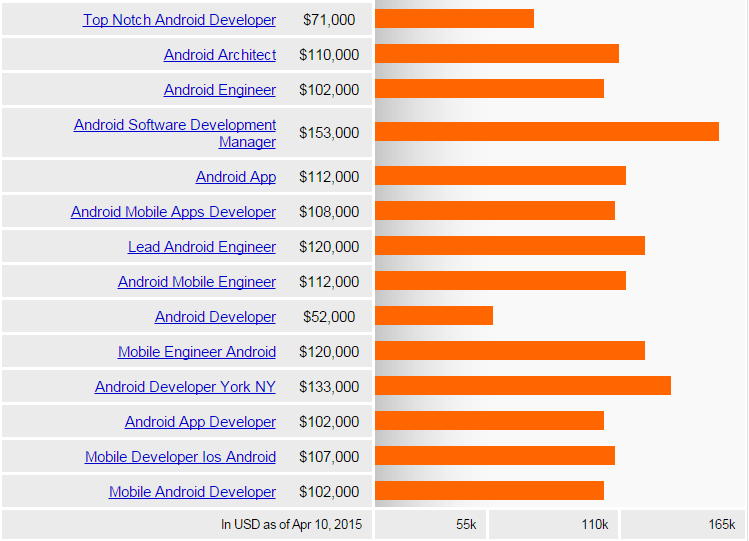 Having talked about the present and future scenarios, career opportunities and the financial aspect let us now shift our focus to the technicality of the roles. There are a number of roles when it comes to working on the Android platform. The most common ones are –

The list of work and the appetite of the market is endless. It is up to the individual how they identify and grab the opportunity. This is where we come into play. At Cognixia we understand that technologies such as Android are evolutionary in nature and it is our need to evolve with them. With this aim, we are working towards training professionals who are keen on keeping themselves in unison with these emerging technologies by focusing on the development of industry-standard courses.

At Cognixia our endeavors are consistent to develop courses and training programs which help such professionals to keep abreast with these emerging technologies. For further information, contact us