Stadia, Google’s cloud gaming service got launched on 19 November 2019, enabling gamers to play games on their television sets in 4k quality without a gaming console, while also being able to stream the games to a Google Chrome browser on a laptop, or even play the biggest, best games on their mobile phone devices. Google Stadia is now available in 14 countries, Belgium, Canada, Denmark, Finland, France, Germany, Italy, Ireland, Netherlands, Norway, Spain, Sweden, United States of America and the United Kingdom. Stadia will become available across the other countries of the world, gradually over 2020.
Stadia does not require any additional computer hardware, just a device with an internet connection and the ability to support Google Chrome, since it works atop the YouTube’s functionality of streaming the media to the users, using the same VP9 codec for it. Google Stadia supports game streaming at 60 frames per second with a 4K resolution, and aims to eventually reach a speed of 120 frames per second at an 8K resolution. There are 22 games currently available on Google Stadia, each coming with a minor subscription fee, except Destiny 2. 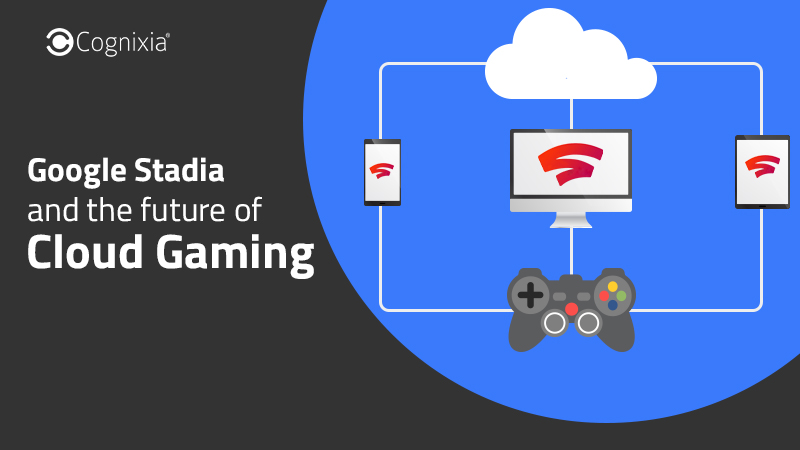 What are the games available on Google Stadia currently?

According to Google, in the next few weeks, four more games will be added in this list –

The most impressive thing about Google Stadia is that it is a service that lets you play entire games over the internet on TVs, phones and even web browsers. So, if you have a bunch of friends, who need your help for a raid in Destiny 2, you can actually, legitimately help out, no matter where you are, and what device you are carrying, so far as you have a good, quick internet connection and a Google Chrome browser. And what’s more, you can seamlessly move from one device to another – your laptop to your phone to your TV and back, without any hassles or any effect on your quality of gaming. With Google Stadia, you can get some of the best game streaming image quality without those nasty compression artifacts that generally make your cloud gaming experience feel like there’s an ugly haze between you and your game.
To understand more about what Google Stadia offers, it is important to understand how Cloud Gaming works.

How does Cloud Gaming work?

Be it PlayStation Now, Google Stadia, Nvidia GeForce Now (formerly known as NVIDIA GRID), or Microsoft xCloud, all of them are cloud gaming systems, and follow the same common principle – allowing gamers to remotely access a gaming computer living in a server rack located far, far away; instead of them having to buy powerful gaming PCs or gaming consoles to play high-quality games. Those remote servers stream the game over to the gamer, just as a video would be streamed to a user on YouTube.
In cloud gaming, every time the user presses a button or moves the mouse or performs any action at all, that command would then have to travel all the way to the server over the internet. The server would then update the game in accordance with the action performed and transmit a compressed video frame of the corresponding action all the way back from the server to the user, over the internet. And, needless to say, all this has to be extremely quick, so that the user doesn’t notice the lag and has a seamless, smooth, incredible gaming experience.
So, if you think having a faster connection would be enough to let you have an out-of-the-world cloud gaming experience, you couldn’t be more wrong. The internet connection, apart from being fast, needs to be stable and decongested. Also, the closer the user is located to the server, the better experience they would generally have, since the distance each command has to travel back and forth is minimized.
The biggest downside of cloud gaming is that it requires a constant downloading of video frames from the server, which can eat up a really large amount of data, most likely considerably more than what would have been used if you had to download the game to your device and play it from there. Consider this, a normal big-budget; really heavy game would go up to 50 GB in size, whereas playing a game on Google Stadia could consume up to 20 GB per hour.

The world at large is moving to a service model, and moving away from the traditional product model. In the world of entertainment, first music got revolutionized by the service model, then the television and movies and now it’s time for digitally transforming gaming. Service-based models, such as cloud gaming, work amazingly for game developers as it gives them a chance to monetize their work better without affecting the base prices adversely. GaaS helps game developers make money throughout the life of a game and not just at the time of its release.
Thanks to cloud gaming, gamers no longer need to buy expensive hardware. All they need is a good, stable internet connection. 5G is definitely going to be super helpful here, thanks to its unimaginable speeds and ultra-low latency. Even bigger an advantage is the need to spend insane amounts of money to upgrade your gaming gear. Up until now, gaming consoles would release updated versions every few years, making older ones gradually obsolete. To keep up with the changes, a gamer would need to invest significant amounts of money to acquire the latest updated consoles, and also figure out ways to dispose of the old consoles, leading to generation of significant e-waste. With cloud gaming, gaming enthusiasts need to pay less than half of what they would spend on traditional gaming, to be able to play the latest AAA game in amazing 4k definition.
Today, the mobile gaming market makes way more money than all the other gaming markets combined. And the biggest reason this is so, is ‘Accessibility’. Cloud gaming gives game developers the opportunity to engage with this burgeoning gaming audience and provide them with a console or a PC-level gaming experience, on the cloud. And the immense success of Project xCloud by Microsoft and Nvidia GeForce Now prove the point beautifully.

What are the top cloud gaming services in the market today?

What are the top technologies that support cloud gaming?

IaaS helps gaming companies scale their platforms for new applications while also expanding their existing applications to larger audiences.
The Content Delivery Network software helps delivering the digital content from the origin server to the server closest to the user, enabling reliable and efficient content delivery.
Load balancing software helps optimal utilization of resources for better traffic management, especially in an arena like cloud gaming where traffic volumes fluctuate significantly all the time.

It has been predicted that the cloud gaming market is expected to reach $450 million by 2023, claiming a CAGR of over 15%. Interestingly, 8 out of 10 gamers have indicated that they are aware of cloud gaming. Gamers still do show some reluctance to accepting cloud gaming, since a lot of them strongly believe that it does not deliver the same experience as a PC or a console, and would effectively erase out the past 20 years of gaming. However, cloud gaming is definitely here to stay, and traditional gamers aside, is slowly and gradually finding acceptance among the gaming audience.
To be in sync with this latest wave of developments, you could join the bandwagon of professionals who specialize in developing cloud games, or cloud computing or network management, and many other areas that would help improve the cloud gaming experience for gamers all over the world.

Cognixia’s carefully crafted training programs in the field of 5G, cloud computing, etc. aim to help participants learn all the important concepts and fundamentals that would help them excel in their careers and ride this new digital wave of cloud gaming. We regularly update our curriculum to ensure that all the latest developments are discussed with the participants. We carefully vet our trainers and ensure that the best and the most experienced trainers deliver our training programs across a wide range of training modalities for individual professionals as well as corporate workforce. Interested in knowing more about our training programs? Reach out to us today!