Mankind has been talking a lot about home computers/ computing almost from the time personal computers came into our lives in the mid-to-late 1970s. The concept of embedded sensors on various products is an age-old concept and we have been thinking of living in smart homes and driving smart cars for the longest time now. The fascination for robotic devices which would help in executing daily chores has been there since the advent of computer technology. As kids, we were told that in future life would be much simpler and easier.

Let’s talk about the present scenarios now. We see some of these things to have become real like smartphones which enable us to perform numerous functions which we wouldn’t have thought about a decade back. We also have smart cars which can be remotely driven without a driver behind the wheels. Besides these, there is n number of device manufacturers who are embedding sensors to their products to make our lives easier – like a smart refrigerator which tells us when we are out of milk. Devices have been made smart enough to understand and communicate their repairing needs to the user. These facilities come in handy in today’s busy world. Although we understand this along with these benefits there are certain side effects which are attached, which force us to raise questions like – Do we have more time? Are we better the way we are? Are we happier?

Remember Newton’s third law? For every action, there’s an equal and opposite reaction. Similarly Alvin Toffler, in his book Future Shock, states that every convenience has an equal and opposite inconvenience. If you are one of those people who likes to keep him updated on the latest technology you would agree with Alvin’s statement. There’s no doubt that new technologies come with great benefits but at the same time, they also have some allied issues which can be put under three main categories. 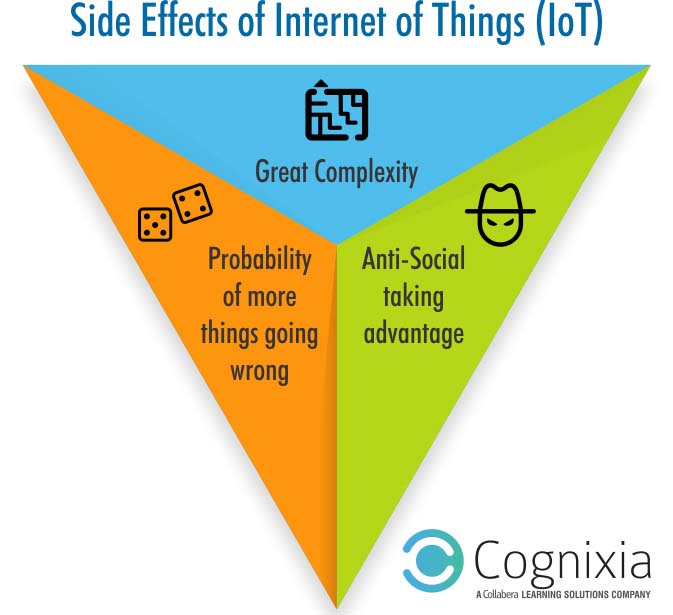 A statistic from the US states that there has been a significant increase in the number of errors an operator makes. Also, in 40 per cent accident cases, the reason has been a distracted driver. These distractions are obviously caused by the overwhelmingly technology loaded vehicles.

International Data Corporation (IDC) states that considering these side effects the IoT market is still expected to grow as huge as 4 Trillion USD to 11 Trillion USD by 2020. This inference is drawn from the fact that IoT is already a rapidly-growing market and this trend will continue in the future. Following these trends it is necessary for marketers, manufacturers and other professionals to learn about IoT – what it is, what it can and can’t do?

IoT is one such concept for which different people would have different answers for you. Where some might still be blank and look at you with dumbfounded expressions, others may give you an overdose of information. But being what it is, IoT should be easy to understand and thus, it can be broken down into the following three elements – 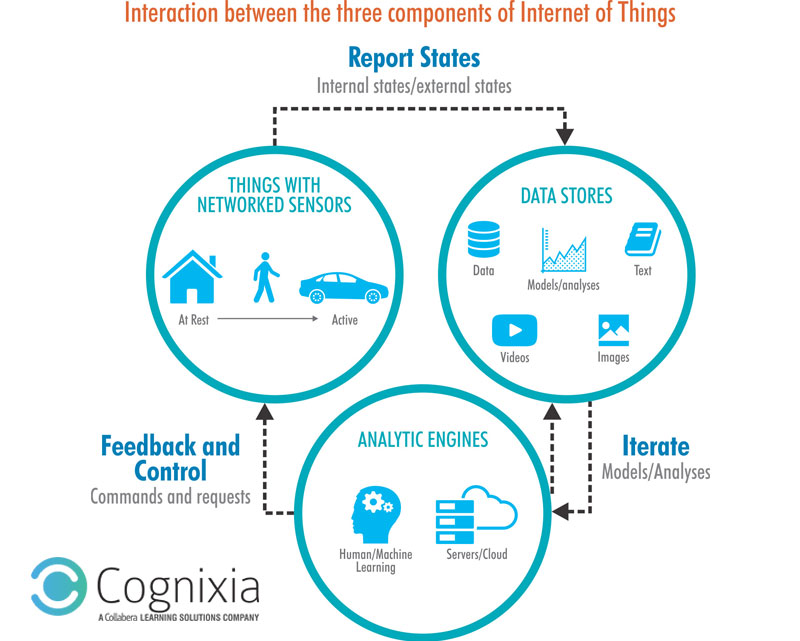 What is IoT capable of?

Internet of Things functions quite similar to the internet and is capable of carrying out any task which it has been designed and programmed to do. This is the easier part though. The tricky part is to involve the key players to lend their cooperation to enable IoT to achieve its full potential. These players include the governments, companies, users and various IoT groups.

Being one of the most popular technologies of our times and with a promising future, IoT presents a lot of opportunities to those who wish to make a career in this field. IoT Developers is one of the most sought-after professionals in the IT space today. As connecting the world and making it smart is a new dream, IoT plays a major role to make this dream come true. This is the reason why companies are always on a lookout for professionals with IoT certifications.

Cognixia provides one of the best training on IoT by industry standards. Covering all the possible aspects of the IoT environment, we ensure that the participants become ready to work as successful IoT Developers. For further information, contact us anytime.