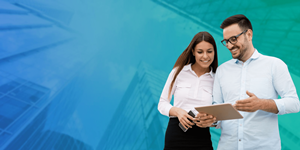 When we talk about a credit card sized single-board computer, a series of Raspberry Pi clicked into our mind. Raspberry Pi was developed in Pencoed, Wales by the Raspberry Pi Foundation with the purpose of providing knowledge of computer science in schools and developing countries. The different versions of Raspberry Pi hardware have variations in memory capacity and peripheral device support. The Raspberry Pi has always been a massive success for young minds who want to work on the microcontroller to build homebrew projects. Raspberry Pi comes with an incredibly cheap price, compact form factor and a great tool to understand how the computer works and develop their own projects.

We feel extremely delighted to introduce a new member to the Raspberry Pi family i.e.,

Let’s have a look on the features of this brand new member in the family.

The Zero is powered with the same SoC like Raspberry Pi 1 and others – Broadcom BCM2835. Zero has 1GHz ARM11 CPU core and 512MB of RAM – as like Model B and B+. Unlike the latest Model Pi 2, Zero has a micro SD slot included with two micro USB sockets – for data and power. A mini HDMI socket that can give output at 1080p60. Comparing Zero with other Models A+, B+ and 2B – it has the same 40 GPIO pins however, it also includes some headers for RCA composite video out.

One interesting fact associated with Zero is – it’s ARM CPU is 40% faster than the original Raspberry Pi 1 Models A, A+, B, and B+. The SoC, along with RAM and the standard GPIO layout depicts that the Zero has enough audacity to run Raspbian. Amazingly, Zero is very tiny say – 65mm long, 30mm wide and 5mm tall.

Want to know the Pros and Cons of Raspberry Pi Zero:

With this new Raspberry Pi – Cheap, Open, general purpose computing we definitely can do a lot many good things. It will be a great help for the computer stuff and educational fields and more people to open door to technology. Zero is available in U.K. now but soon will be available in other developing countries.