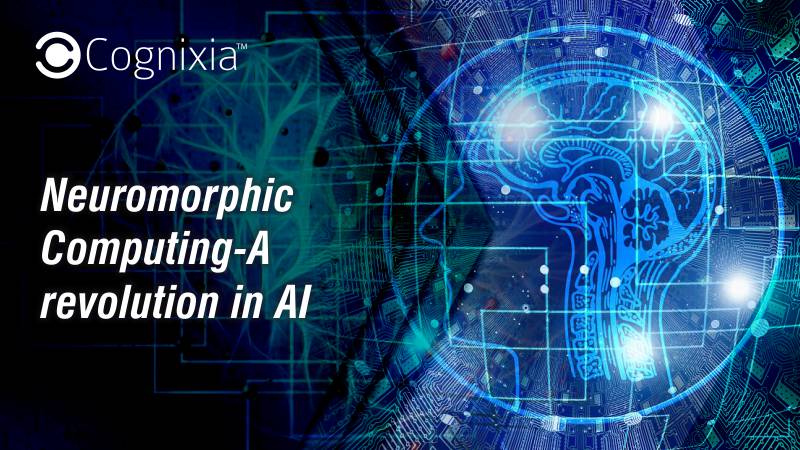 The brain is a highly complex part of our human body. Its architecture is the source of inspiration to many artificial intelligence researchers and scientists. Neuromorphic computing imitates the brain’s neural network architecture. Its building blocks are logically similar to the brain’s neurons.

In recent years, a major milestone was achieved by British scientists at the University of Manchester, by inventing the world’s largest human brain supercomputer called the Spiking Neural Network Architecture System. This supercomputer can send billions of small pieces of information simultaneously. This breakthrough invention has encouraged neuroscientists to stimulate large scale human brain functions.

The human brain can form new connections where there have been no earlier connections, whereas, machine learning is based on pre-fabricated circuitry. OECT (Organic Electrochemical Transistors) is a new invention in the field that has short-term and long-term memory. It can also form a new connection which is similar to the way it happens in our human brain. The transistor behaves like long-term and short-term neuroplasticity of the brain. This is a quantum leap for neuromorphic devices.

According to Simone Fabiano, principal investigator at the Laboratory of Organic Electronics, Linköping University, Sweden, these transistors can function as efficiently as thousands of normal transistors.

Invention of the TrueNorth chip by IBM

IBM has developed an amazing chip called as the TrueNorth chip, which can stimulate one million human brain neurons. It can also mimic 256 million programmable synapses. As per neuroscientists, this chip can encode patterns of pulses just like the human brain.

Impact of Neuromorphic computing on the economy, healthcare, environment and human potential

As per Grand View Research’s April 2018 report, the neuromorphic computing market is projected to reach $6.48 billion by 2024. Neuromorphic chips would be used in all the consumer electronics, cars, robotics and other products.

Neuromorphic chips are commonly used in:

The automotive industry has a growing demand for AI-powered neuromorphic chips.

As per the Victoria Transport Policy Institute, 20-40% of all vehicles will be automated and integrated with AI-powered neuromorphic chips. In March 2019, Qualcomm launched the new version of its Snapdragon suite of system-on-a-chip integrated with AI for smart IoT applications. This innovation is a breakthrough for the market growth of neuromorphic technology.