For a long time, there has been a constant debate about which one is better, Python or R. Both these languages are very popular in Data Science and Analytics community; both have their pros and cons. To decide on which of these languages to use is really a matter of what exactly needs to be done and who is doing it. Someone who is very good with coding will prefer R and someone not so good with coding may prefer python as python is relatively easier. R, on the other hand, has a very good statistical support. 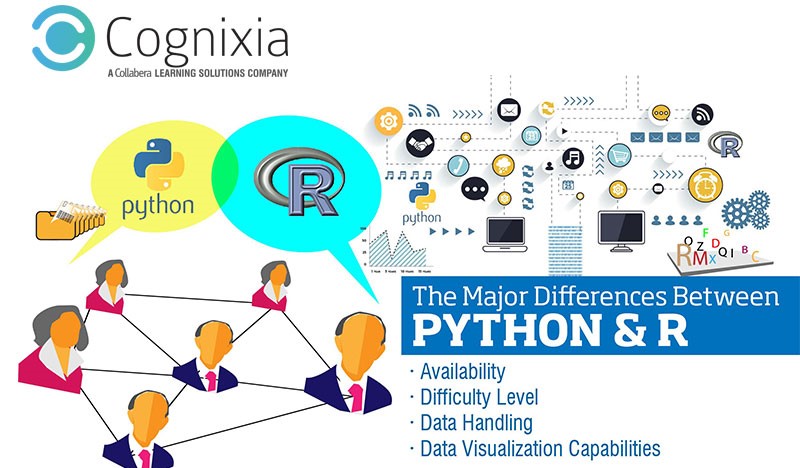 Both python and R are open source and very easily available. So there is no difference between these two in terms of availability.

Python is relatively easier than R. In fact, python is one of the easiest programming languages to learn. In most computer science courses around the world, Python is taught as an introductory language. R is slightly difficult as compared to python. But R is perfect for statistical use.

As far as data handling is concerned both python and R are equally efficient. Both of these languages have good data handling capabilities.

R is better in data visualization as it has a lot of packages which helps in advanced visualization. Python has slightly lesser visualization capabilities than R. It gives the programmer the option to use matplotlib (native libraries). 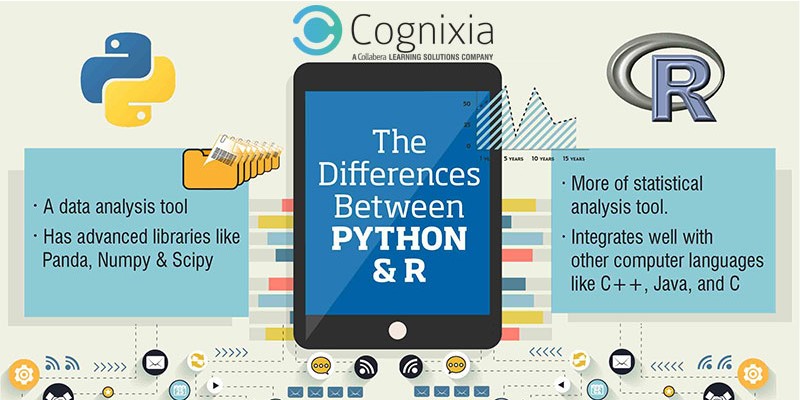 There is really not much of a difference between python and R. Right now R is more popular but it is slowly getting ahead in the race. In a few years from now, python will be more popular and more used language as compared to R. Python is a general-purpose programming language whereas R is more of the statistical analysis tool. It is a data analysis tool; it has advanced libraries like Panda, Numpy and Scipy. Data scientists spend about 70% of their time in data munging and only 30% time in the actual analysis because of which python is a more practical option.

As mentioned earlier python is a general-purpose programming language, which is also very useful for data analysis. Most colleges have removed c++ from their syllabus and included python instead. If we talk about just statistical analysis, R is much better than python.

Be it R or python, the most important point to note here is that both these languages are getting more popular and the demand for resources with good programming skills in R or python is going to be huge in near future. We have already started noticing a huge gap in the job market. The resources with good R and Python skills are few compared to the jobs available.

If we have to choose between Python and R, both these languages are equally good and equally effective in their own way. But one thing is for sure, there will be huge demand, in near future, for anyone who possesses good knowledge of Python and/or R. If you need more information about Python and R, please feel free to get in touch with us