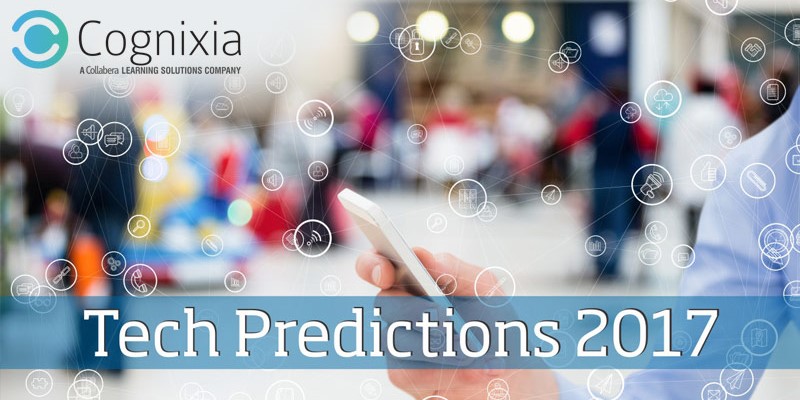 The best way to appreciate technology is to reminisce about the stories of the yesteryears because that is when we realize how long the journey really has been.

So, raise your hands if you can relate to the following:

Or maybe you recognize them from narratives from anecdotes your parents or grandparents shared with you. Even though many of us might not recognize ourselves as tech enthusiasts, there is no denying the absolute power the word exudes.

All of the above seems like a pretty good prelude to a speech about innovations in technology and why we need to update ourselves with the same but, to be frank, we never need any reason to amaze ourselves with the magic that happens in laboratories around the world. So, let’s get our geek by discussing our top 5 picks for technology predictions for the year 2017.

Oh yes, we might just get to live in the 2020 version of the world that the ultra-modern sci-fi movies portray, the one where an image can be superimposed on the real world. The tech has shown real promise in blending virtual reality with real-life experiences. The diversity of uses that this technology can be utilized for range from gaming to education but the most interesting one might be applying augmented reality to enhance a customer’s experience. Glimpses of which are already shaping the future of advertising.

Some innovations take your breath away every time they unfold their cards, 3-D printing is one such technological development. If we keep the ethical debate attached to the idea at bay, this has added a whole new dimension to science. If you were amazed and impressed by the teenage kid who printed out his braces at school, you might want to follow this development. Even though there is still a lot of work left in the field, we will be able to see its application magnifying in drug testing and human treatment.

The Internet is such an integral part of our lives now, it would only boost its value if every day inanimate objects could send and receive data. The argument over security and applicability has plagued the subject but they are issues researches are working continuously to resolve. In the coming year, we might actually be able to see some real application of IoT.

The technology can unlock so many doors that people have stopped counting, the relation between real-time and historical data can finally take a step forward in their relationship. Big data analytics is not new but they had failed to paint an exquisite masterpiece due to lack of understanding earlier, a reality which looks plausible in 2017.

Or rather the use of this technology in cell phone batteries, we are ready to leave turbocharging behind with this anticipated tech. Experts have said that it such batteries can charge themselves in 30 seconds, so your phone will be fully charged in the time you pee. The scope of the technology has expanded to charging larger devices as well, a move which may change the game completely.