In this digital era, businesses across all domains are witnessing the impact of widespread digitalization. From large organizations to start-ups, having a digital presence in the form of a website or an app accessible from anywhere in the world is mandatory. For this, organizations need skilled developers who can build websites that represent them in the best way possible. Developers use many different tools and technologies to accomplish this. AngularJS is one such tool that provides a great collection of UI (User Interface) components and utility directives that are extremely useful for developing good web apps. 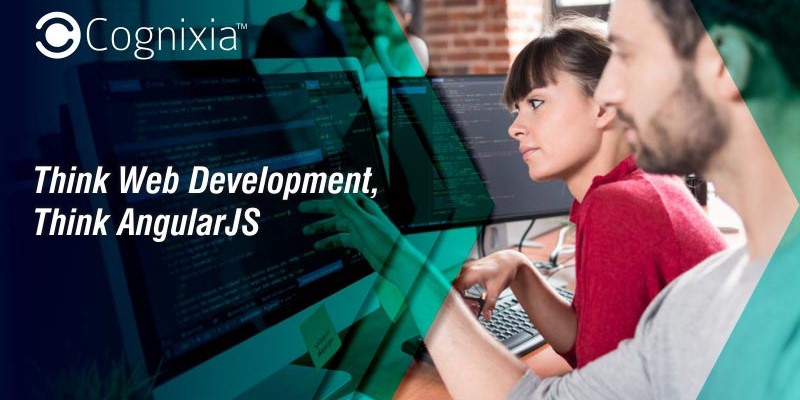 Angular was first released in 2010. It derives its name from the angular brackets of HTML ‘<>’. Created at Google to solve Google-scale problems, Angular provides a large platform for developing, managing shared code, dividing work among other roles, and much more; allowing a large number of developers to collaborate and work in sync. Thanks to Angular, web development grew at a very rapid pace; opening the doors of innovation and creativity.

AngularJS provides developers with a structural framework that helps them build dynamic and robust web apps and websites. Angular uses HTML as a template language and provides the flexibility to extend HTML syntax to enhance app components. With Angular, developers could eliminate code, thanks to Angular’s data binding and dependency injection features. Other significant features of Angular include –

Needless to say, this revolutionary tool has made the life of developers very easy, while enabling organizations to expand their business digitally with great options.

Looking for right developers for your business?

Hiring talent that can work efficiently on AngularJS could be very profitable for every organization; and Cognixia’s JUMP provides the best of the best. We have a talent pool trained rigorously in working with Angular, who could start delivering potential results from the very first day of work. JUMP could be your one-stop solution to end the hunt for the right and most efficient talent.