A lot is being said and heard about DevOps these days. So what is the deal with this DevOps thing? Wikipedia defines DevOps as a compound of “Development” and “Operations” which lays emphasis on the collaboration and communication between “software developers” and other “IT professionals.” It stresses collaboration, integration, communication, and automation among these two parties. Sounds complex?

Well, it kind of is and it is best left that way. Concepts which are difficult to understand have always been a little mystical and that is their beauty. This difficulty may arise for various reasons like a complex structure of the concept or maybe because its users want it to be that way. In the case of the DevOps, the complexity is because there are two different concepts running into each other. 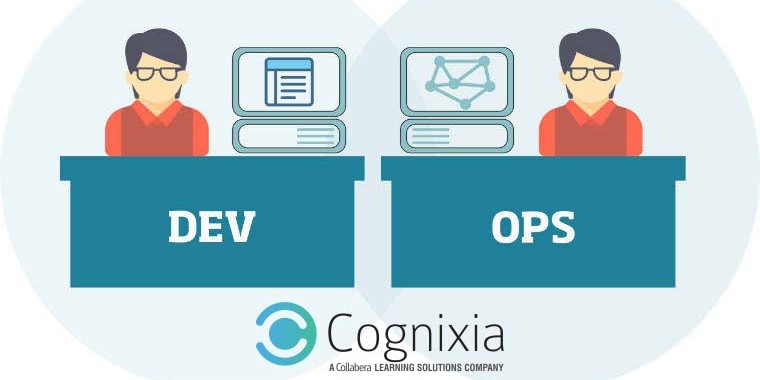 Let us understand them one by one, first, and then move on to the deeper meanings of DevOps. Software Development is easily understood by a large number of developers and their respective colleagues. It is all about coding. Write codes, implement them, test them, re-write them and so on. Operations, on the other hand, is majorly about handling the systems which run these codes.

If you ask a developer, his opinion would be that he is the one who creates the software which the operations guy goes on to break. This creates a quarrelsome situation. This scenario might be a little over-exaggerated but most of the developers and operations professionals would agree to have faced something like this at some point or the other.

Now, what DevOps does is that it creates an environment where these two have to learn to work with each other in a new manner. DevOps stresses on cooperative efforts from both the parties in order to do good for the organization.

Let us now look at some of the benefits of DevOps and why should we opt for it. It is really simple to understand, organizations which opt for DevOps practices get more work done in comparison to the companies which don’t. A data suggests that a company following DevOps deploys codes at 30X frequency than their competitors and the failure ratio of these deployments is calculated at less than 50 percent.

The win-win situation in a DevOps environment is because of one team which constitutes of members including developers, quality analysts, database analysts, business analysts, operations engineers and many more. This collaboration proves to be beneficial in more ways than we can count.

In a DevOps environment, you are relieved from the stress of choosing between stability and new features. This dilemma is taken care of, as in a DevOps environment, there is a single team which is accountable for both – the delivery of new features and their stability. This also reduces the complexity of problems which may arise because changesets are smaller. Also, it speeds up the resolution rates as the team members don’t have to seek another team to troubleshoot or fix the problems.

It is a common sight to see people waiting for other people or machines or software in a typical IT environment. Also, you would find people tackling the same problems over and over again. This curbs the productivity and becomes a major reason for frustration. Professionals are always seeking ways to overcome the unsatisfying parts of their jobs so that they can devote their time in adding value to the organization.

Two of the most significant aspects of DevOps are automated deployments and standardized production environments. These help in predicting deployments and also, free professionals from the monotony of repetitive tasks and indulge in more creative things.

Owing to its benefits, DevOps has become one of the hottest skills in demand in the job market. Professionals like project managers, testing engineers, and software developers can benefit the most from DevOps training. At Cognixia, we offer one of the best training in DevOps with the help of our experienced trainers. For further information, feel free to contact us anytime.