Industrial Internet of Things (IIoT) is the same as the consumer IoT on a factory floor is one of the biggest confusions. It is quite a common confusion to happen given the fact that IIoT and consumer IoT have “Internet of Things” familiar to them. Although, it would be naive to compare IoT-enabled smartwatch or home security system with Industrial IoT. There are some devices which are present in a factory environment and must understand that the rules of IIoT are far more stringent than consumer IoT. 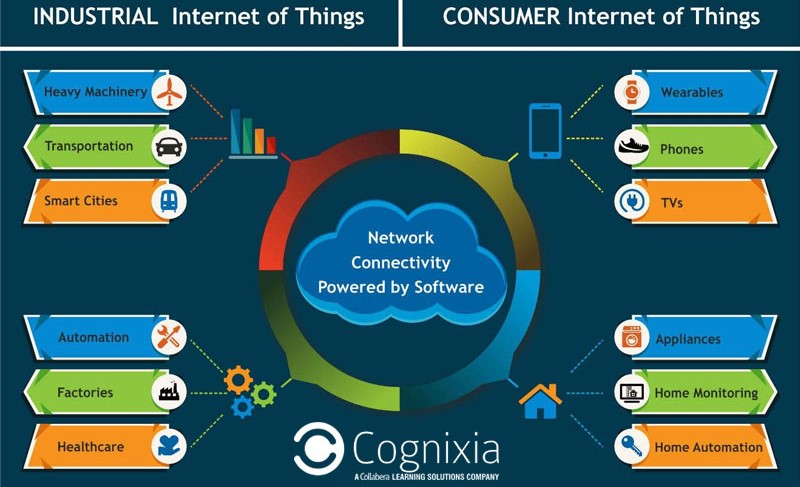 Some of these requirements are listed below:

Various market researchers have forecasted that in the next few years, IIoT will move way ahead of IoT in scope and market value, given the fact that certain conditions are fulfilled.

At present, the Industrial System uses the Internet and internal IP networks to connect, via gateways. There have to be custom provisions and programs to offer the required data to enterprise systems. The gateways, however, limit the information which can pass back and forth. It gets tedious to evolve its configuration so that it may sustain new requirements. When it comes to industrial networks, IP addressing will shift from the gateway to field bus level and gateway functionality such as translating the data into common formats and eventually integrate them on chips. During that time, the dependency on routers for connecting gateways will be higher as compared to portals.

In an IIoT environment, there is a significant need for multiprotocol and multimedia platforms to carry out control networking using Internet Protocol all through to the end device. These are some of the primary differences between consumer IoT and IIoT which one needs to understand before starting work in an Internet of Things environment.

Cognixia provides one of the finest training programs on IoT and is acknowledged as one of the premier academies for the Internet of Things. Our course structure is such that it takes you through the entire ecosystem of IoT and prepares you for real-time jobs. IoT is one of the most popular skills of our times and promises a flourishing career. If the world of IoT appeals to you and you aspire a career in it, then enrol in Cognixia’s IoT Training today. For further information, you can write to us