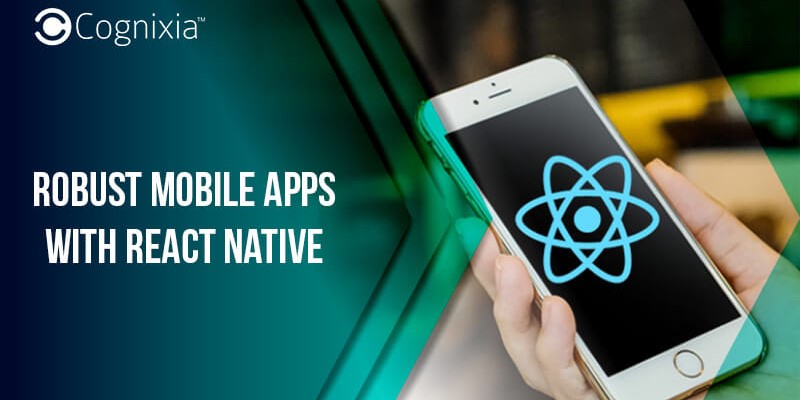 Today, a majority of people prefer a smartphone over a laptop owing to its convenience to use, and the wide range of features it offers. Apps are being increasingly developed, not just for phones, but also for computers. The app development process is also becoming more efficient and cost-effective with time.

This is where React Native steps in. React Native is an open-source, a mobile application framework that uses ReactJS – a JavaScript library used to build UI that works on the Native platform capabilities, offering flexibility to use a single code for multiple platforms. So, with React Native, apps could be created for Android, Windows and iOS by coding just once.

Mark Zuckerberg once said, “The biggest mistake we made as a company was betting too much on HTML as opposed to Native.” He realized that HTML wasn’t giving an up-to-the-mark user experience. The idea of OS independent applications was much needed, as it would reduce the cost of application building with a minimum requirement of infrastructure. Thus, in 2015, Facebook developed and launched React Native – a platform which uses JavaScript threads to manipulate Native views, instead of the messages from HTML, ushering in the era of OS independent applications. And today, apps are increasingly being developed for use on multiple platforms leading to tough competition in the world of apps.

Organizations like Skype, Instagram, Walmart, UberEats, Tesla, Airbnb, etc. have already adopted React Native and are reaping a wide range of advantages, such as-

Nothing but the best for mobile app development

React Native gives one the leisure of typing the code just once for all the platforms. This could have a significant impact on the RoI by cutting down on cost, saving time, and manpower requirement.

Statista predicts that by 2020 around $188.9 billion revenue will be generated globally through app stores and in-app advertisement.

Upskilled with the experts ready to perform

JUMP provides effective and engaging state-of-the-art training to individuals to meet specific client requirements. These trainings are customizable, interactive, and have regularly updated course curriculum that meets all industry standards, having been devised by highly experienced trainers and industry experts. JUMP could be the perfect digital workforce solution when it comes to hiring professionals trained and skilled in using React Native, by bringing to the table talent that is ready to deliver from day 1.