According to Google’s Year in Search 2020 Report, “How to learn coding” was the top trending thing people searched to learn and Python was the top searched programming language.

The latest version – Python 3.9 is breaking cover with its host of new features, while Python 3.5 is going out of support. Python’s 3.9.0rc2 release is the first-ever version of Python to default to the 64-bit installer on the Windows platform.

Let’s take a look at the PYPL Index. The PYPL Index stands for the ‘PopularitY of Programming Language’ Index. This index is formulated by analyzing how often the tutorials for different programming languages have been searched on Google. The more often these tutorials are searched, the more popular the language would logically be. It is a leading indicator of the popularity of programming languages and the data for calculating this index is taken from Google Trends. Here’s a look at the top 10 languages in this index: 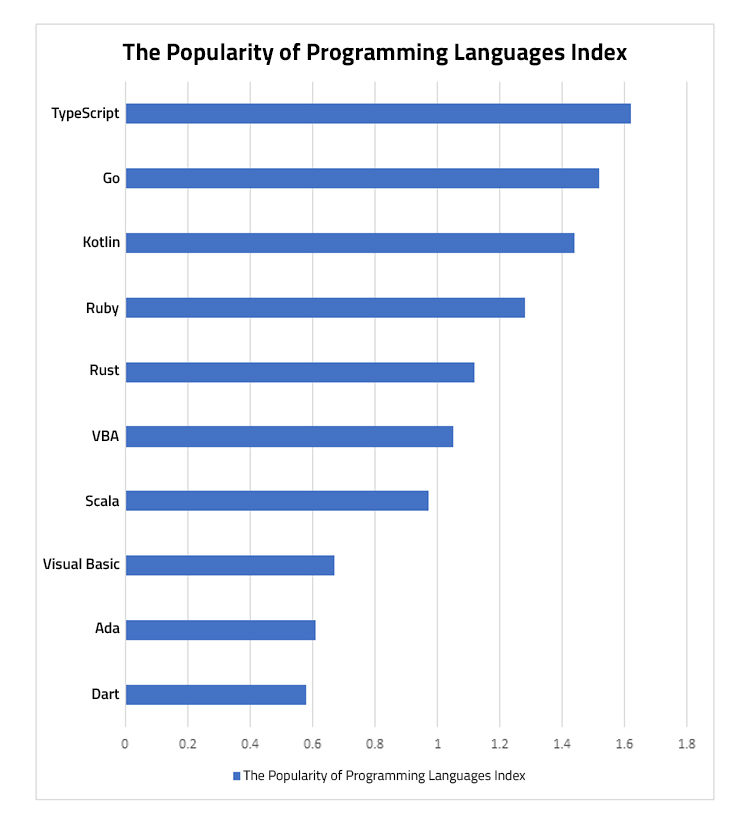 Python has consistently received top billings in rankings everywhere primarily because it is one of the easiest programming languages to learn. It is said that Python reads almost like English. This makes Python an excellent choice if you are thinking of learning a programming language. Moreover, the wide range of libraries available in Python makes it the most preferred and most loved programming language of all time as it makes the user’s tasks so much easier to accomplish.

When did Python originate?

In 1989, after encountering multiple limitations of the language he was working in, Guido van Rossum set out to develop a new programming language that would integrate all the good features of the different programming languages and add in important new features – extensibility and exception. He kept on working on this project, and in 1991, Python 1.0 was launched. In 2000, Python’s core development team moved to beopen.com. Python 2.0 was launched the same year with many improvisations, a useful garbage collector, and support for Unicode. Towards the end of 2008, Python 3.0 was launched that provided backward compatibility and a new design that would help users avoid duplicative constructs and modules.

Python is the perfect multi-paradigm language that offers features like object-orientation, functional programming, and structural programming.

What are the applications of Python?

Some of the most common applications of Python include:

What are the advantages of using Python?

The benefits of using Python include:

Python is seeing an increasing demand in the fields of statistics, data visualization, as well as research and operations involving very large data sets. Experts say that if you have an interest in programming, Python would make a valuable first step.

Moreover, Python has a rapid ramp-up time, so individuals can learn to write programs in Python very easily and very quickly with impressive quick visualizations of the results.

In a nutshell, if you want to be highly marketable and sought after in the job market – learn Python.

Where to learn Python for machine learning?

One of the most popular applications of Python is in the field of machine learning. Python has proved highly adept at handling large volumes of data and offers numerous data science and machine learning support libraries which are very useful for the users.

Cognixia – the world’s leading digital talent transformation company offers a thorough hands-on online instructor-led data science with python training and certification course. This course is delivered by some of the most experienced machine learning and Python trainers. It covers all the important concepts of machine learning as well as Python. The course covers:

After completing the training, Cognixia provides you with a Machine Learning with Python Certificate validating the skills learned during the course. The course also incorporates multiple labs and practical exercises that would help you learn every concept discussed in class thoroughly. You can learn from anywhere with this online data science with python certification course.