It is not an easy task to find Data Scientist in today’s Big Data revolution. Data scientists are one of the well-paid professionals earning salaries above 200,000 USD (in the Americas) on an average. If you look at these chaps, you would find that most of them are males in their younger years and have a master’s degree in the least and even a doctorate in some cases. Studies have shown that one-third of the herd are foreigners. Also, 50% of all the data scientists are employed on the west coast, close or in the Silicon Valley.

They are from the upper-crust of the talent pool and have the ability to merge and structure huge amounts of data from myriad sources.

There has been a recent change in the way companies have started behaving about data storage. It has not been long since data storage became cheaper and a lot of organizations began saving huge amounts of unstructured data and simultaneously began to employ data scientists. It has become imperative for the firms to have talent which can help them in harnessing the real potential of Big Data.

The actual mix of data scientists working as of date has young people who have 9 years of average experience, more than 80 per cent are males and highly educated, having at least a master’s degree and about 46 per cent carry a doctorate degree. Also, around thirty-five per cent of these is foreign nationals. Forty-three per cent are employed on the west coast (USA) and are employed at either technology companies or in the gaming industry. 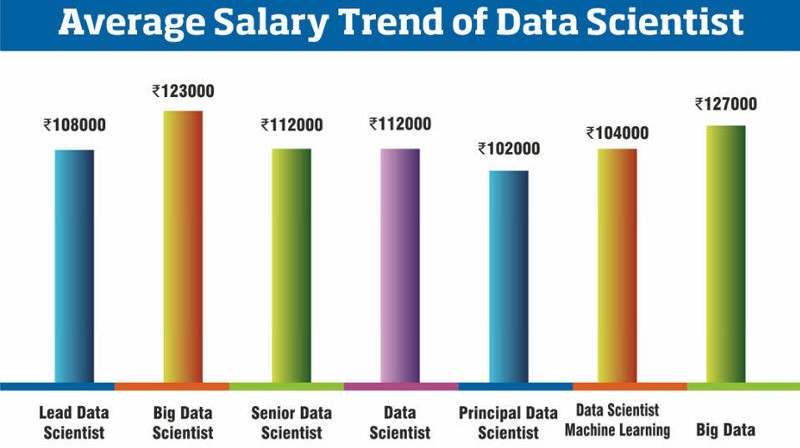 The most important factors affecting a data scientist’s salary are the years of experience that they have, knowledge and expertise, and management responsibilities. Considering all of these the salary can range from 80,000 USD for a 3-year experienced professional to 232,500 USD for managers who have a team of ten or more resources.

It is the data scientists who have been able to highlight the unusual computing and analysis problems of data which are not just large in magnitude but also unstructured. But then these are the pros we are talking about. They know their way around data and have the skills to use tools specifically invented tools to store and retrieve huge volumes of data in an efficient manner. A data scientist is well-versed with frameworks such as Hadoop, Pig and Hive. Besides they also have a quality of extracting useful from the useless in unstructured data, such as data visualization and pattern recognition.

Also, non-technology firms, located outside the west-coast territory are having a hard time hiring data scientists. It simply means that these professionals are looking for a mix of interesting problems to solve, great salaries and fast-paced recruiting process. Similar to the other big data professionals, most of the data scientists are foreigners. Companies who are looking to hire these professionals must be open to the idea of transfers or visa-sponsorships.

In today’s business world it is not just the data scientists who are required to have the foundation in quantitative problem solving and analytics. Even the business professionals from all functions should have basic mathematical knowledge in today’s world. It is stated that fifteen years from now, professionals are asked to leave who can’t tackle quantitative business.

Cognixia provides a fantastic training program on Data Science. Data Science is referred to as the sexiest job in the market. It is a well-paying job with a defined career trajectory. If you wish to become a data scientist and have a flourishing career then get yourself enrolled in Cognixia’s Data Science Training. For further information, you can write to us.